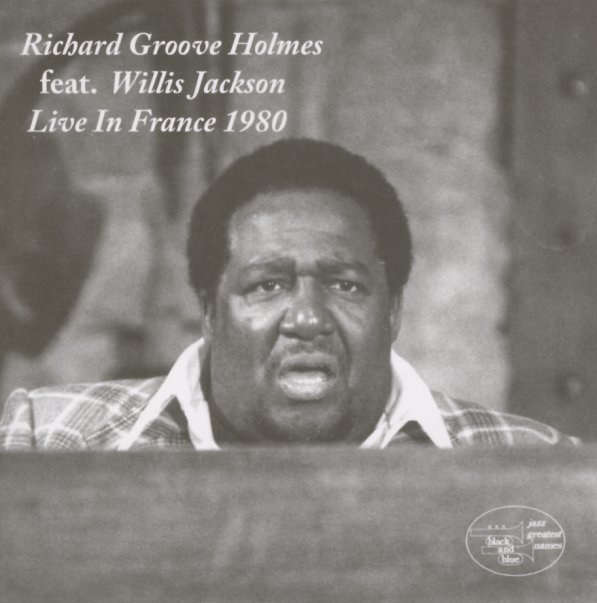 A really cooking live set from Hammond hero Richard Groove Holmes – a record that follows strongly from his best 70s material on the Muse and Groove Merchant labels, but much more obscure overall! The tunes have that long, freewheeling vibe that always made Groove in a live setting so wonderful – a tone that's clean, but handled with a flurry of notes that's really breathtaking – with help from Steve Giordano on guitar and Roger Humphries on drums. The mighty Willis Jackson joins the group on tenor on two tracks, but the set's already got plenty going on with just Groove in the lead – and titles include "Bluesette", "Killer Joe", "Wave", "Blues In Bb", "Moose The Mooche", and "Blues In F".  © 1996-2021, Dusty Groove, Inc.
(Part of the Black & Blue Real Jazz Classics series!)

I'm In The Mood For Love
Flying Dutchman/Ultra Vybe (Japan), 1976. New Copy
CD...$13.99
Quite a different album than you might expect from the title and cover – which seem to imply a set of late nite ballads! Instead, the album's got fuller arrangements and a more upbeat groove – that larger ensemble mode that some organists were using in the mid 70s – as on the ... CD