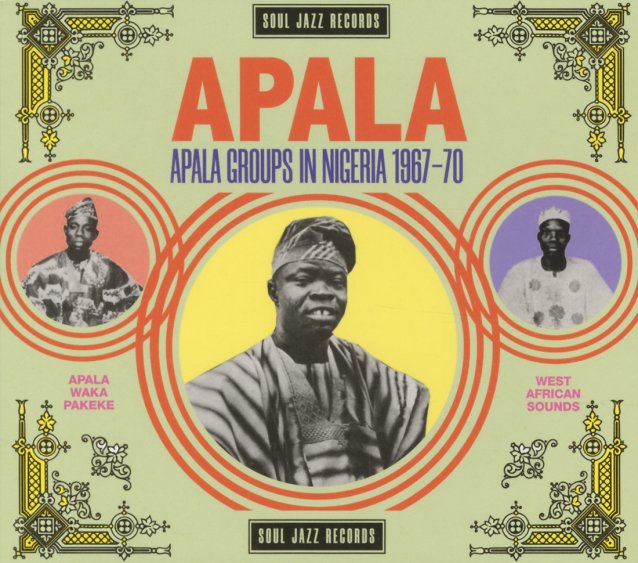 A fantastic collection of sounds from the Nigerian scene at the end of the 60s – music in the apala mode, a highly rhythmic blend of percussion, voices, and thumb piano – served up with a style that's a lot grittier than some of the more commercial music of the time! These tracks are wonderfully raw, and completely hypnotic – all these criss-crossing changes and complicated elements at play in the percussion, but in ways that draw us in right away – then hold us in rapt attention at all the amazing elements going on! The style is maybe a key link between the West African modes that had been captured earlier by ethnographic recordings, and some of the sounds that would soon arise in more mainstream studios – and this collection is supposedly the first ever apala compilation issued outside of Nigeria, all done in the usual top-shelf Soul Jazz style. Titles include "Agilinti Lomu" by RA Tikalosoro & His Group, "Ewure Ile Komoyi Ode" by Haruna Ishola & His Apala Group, "Lekele Bale" by Adebukonla Ajao & Her Group, "Oko Lolomo" by Ayisatu Alabi & Her Group, "Orin Aje" by Rapheal Ajide & His Apala Group, "Rufai Balogun" by Haruna Ihsola & His Apala Group, and "Oriki Ibeji" by Jimoh Agbejo Bo Ogun & His Group.  © 1996-2021, Dusty Groove, Inc.

Venezuela 70 Vol 2 – Cosmic Visions Of A Latin American Earth – Venezuelan Experimental Rock In The 70s & Beyond
Soul Jazz (UK), 1970s. New Copy
CD...$19.99 22.99
Incredible sounds from a scene that most folks don't know at all – the heady music of Venezuela in the 70s, recorded at a time when the nation was bursting with new strengths and bright ideas! The work here is different than Brazilian, Columbian, or Peruvian sounds of the time – but ... CD