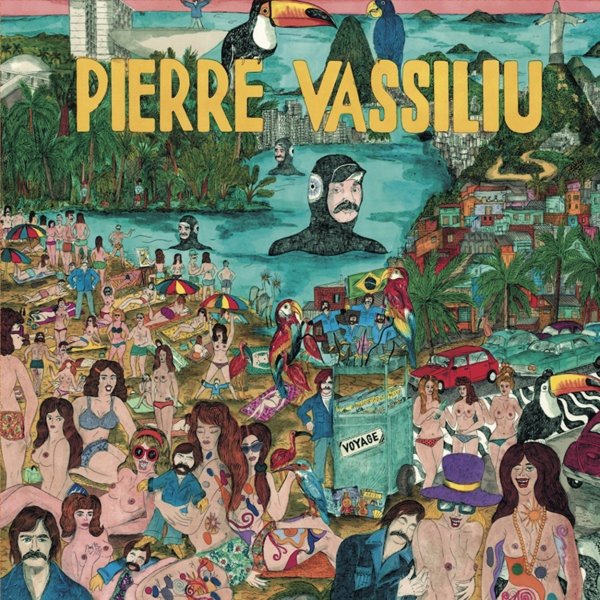 A really great selection of work from a French singer with a wide and interesting resume – one that definitely warrants the voyages mentioned in the title! Pierre Vassiliu is maybe best known to our ears as a member of Les Masques – that groovy French vocal group who cut a great bossa record at the start of the 70s – but during the following decades, he continued to work in a really enigmatic blend of styles – one that often reminds us of the work of Pierre Barouh, especially in the way that it weaves styles of French chanson with elements from around the world! This set might be the first we've ever seen to bring together the disparate strands of Vassiliu's music, and it's a great discovery overall – filled with the kind of charming tunes we usually love in the catalog of Saravah Records. Titles include "Ca Va Ca Va", "Pierre Bats Ta Femme", "Initiation", "L'Oiseau", "Moustache", "Spiderman", "Fais-Moi Savoir", "Noix De Cola", and "L'Aeroport".  © 1996-2021, Dusty Groove, Inc.
(Includes download!)