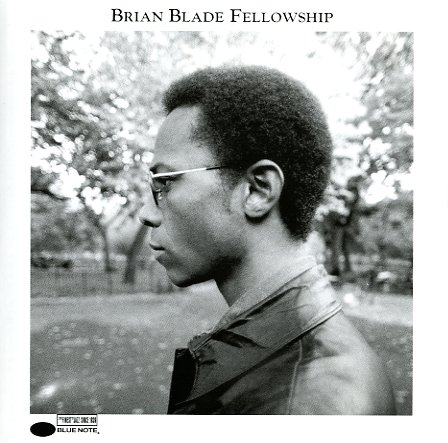 An important Blue Note set from the end of the 90s – a record that marked a bit of a shift in the label's approach, and really set the scene for a more open ear to new sounds to come! Brian Blade's a drummer, but the set is definitely the work of a warm fellowship in jazz – a well-matched group of players that includes Myron Walden on alto, Melvin Butler on tenor and soprano, John Cowherd on acoustic piano and Wurlitzer, and Christopher Thomas on bass – all working through mostly original material by Blade that has this slow burn and soulful sparkle – often mellow, but without every being too laidback – and produced by Daniel Lanois with a really great overall sense of sound. Titles include "The Undertow", "In Spite Of Everything", "Folklore", "If You See Lurah", "Mohave", and "Red River Revel".  © 1996-2021, Dusty Groove, Inc.

Thing To Do
Blue Note, 1964. New Copy (reissue)
LP...$18.99 21.98
The thing to do – is jam! Blue's sounding wonderful in this classic set for Blue Note – one of his best small group albums – recorded with a sound that's solidly in keeping with his lyrically melodic work in the Horace Silver group! The quintet features Chick Corea on piano ... LP, Vinyl record album