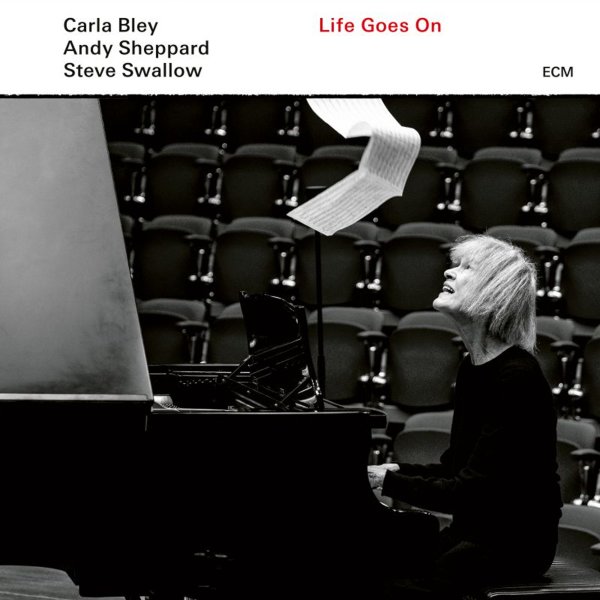 Beautiful sounds from pianist Carla Bley – a musician who just keeps on blowing us away as the decades move on – and that's saying a hell of a lot, given how many years she's been making music! There's a really special quality to this record – a warmth and maybe just a slight touch of humor, but not in the overdone way of some of Carla's records from the 80s – much more subtle, and mixed with occasional currents of darkness – all handled with this understated sense of personality that perfectly showcases all three members of the group – Bley on piano, Steve Swallow on bass, and Andy Sheppard on tenor and soprano saxes. Swallow maybe sounds more wonderful here than we've heard in years – the record is a great reminder of how many great contributions he can make to music – and titles include the longer cycles of songs "Life Goes On", "Copycat", and "Beautiful Telephones (parts 1 to 3)".  © 1996-2021, Dusty Groove, Inc.