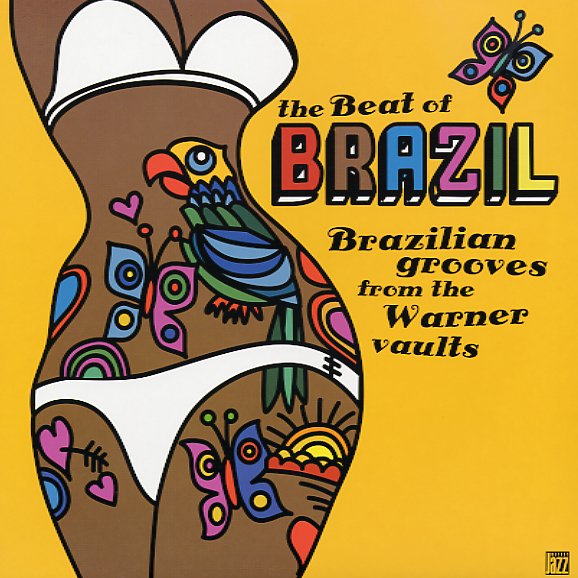 Beat Of Brazil – Brazilian Grooves From The Warner Vaults

Brazilian grooves all over the place – and a wonderful assortment of tunes from the Warner, Atlantic, and Elektra vaults of the 60s and 70s! The set list goes way past the pop-bossa numbers that you might think from the cover, which is a cop from an old Atlantic compilation of the 60s – and includes some lesser-known tracks cooked up in Brazil during the 70s, as well as some of their American counterparts. Titles include "Celebration Suite" by Airto, "Jive Samba" by Jon Hendricks, "Eu Bebo Sim" by Osmar Milito, "Mr Funky Samba" by Banda Black Rio, "From The Lonely Afternoon" by Flora Purim, "Upa Neguinho (live)" by Elis Regina,"Manha De Carnival" by Louie Ramirez, "Barsanova Brown" by Eddie Cano, and more.  © 1996-2021, Dusty Groove, Inc.