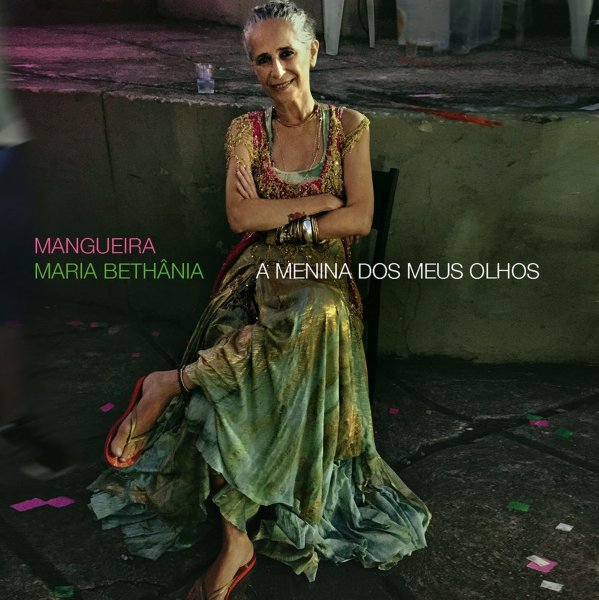 Brilliant work from the legendary Maria Bethania – a singer who might be looking a few years older on the cover, but who still has all the tremendous power of her youth! Maria's vocals are tremendous, and set up in these beautiful arrangements that blend samba-styled percussion and guitar with some occasional fuller orchestrations – but always in a way that's very understated, so that the lady herself is right up front in the lead – almost never needing the other instrumentation at all, since her presence is more than enough to hold us rapt. Arrangements are by Letieres Leite, and the set features guest appearances from Caetano and Moreno Veloso – on titles that include "A Mangueira E La No ceu", "A Flor E O Espinho/Sombras Da Agua", "Luz Negra", "Sei La Mangueira", "Maria Bethania A Menina Dos Olhos De Oya", and "Historias Pra Ninar Gente Grande".  © 1996-2021, Dusty Groove, Inc.

Brazil Now!
P-Vine (Japan), 1968. New Copy
CD...$24.99
A lost bit of dreamy bossa from the 60s – recorded in Brazil at the end of the decade, but unavailable to most of the world for years! The session's got a gently snapping, always jazzy approach that easily matches the best takes on the bossa coming out from Rio and LA at the time – and ... CD

Os Catedraticos – Ataque
Equipe/Far Out (UK), 1965. New Copy
CD...$9.99 16.99
An organ bossa classic from the legendary Eumir Deodato – one of his strongest albums from his early years in Brazil! There's a very jazzy feel to the set all the way through – thanks to a tightly arranged group that not only features the organ and percussion you might expect from such ... CD

Paradise Found – Rare Exotic Sounds Vol 1
Captain High (Germany), Late 50s/Early 60s. New Copy
CD...$6.99 16.99
Looking for paradise? Then look no further – because this excellent set is filled with dreamy tunes that will definitely send you to the heavens! The package brings together a number of overlooked exotica numbers from the late 50s and early 60s – tracks that bubbled underneath the ... CD