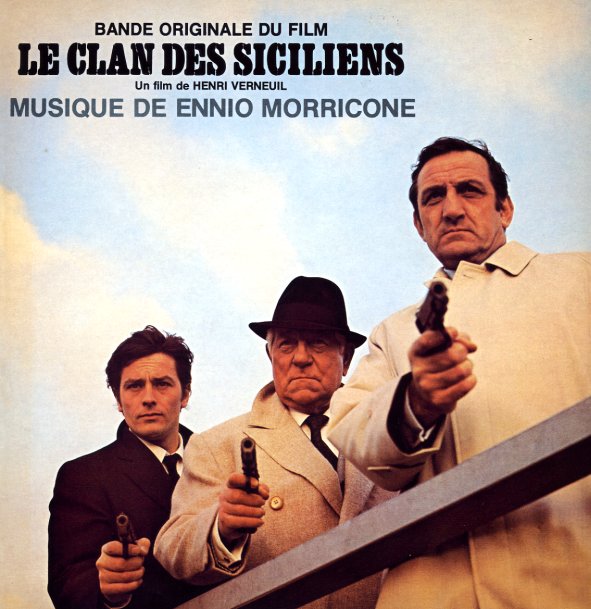 Bruno Nicolai conducted this score by Morricone for the film The Sicilian Clan – a bit of a hit back in 1969, and a dark little gangster film! The soundtrack's got a number of different classic Morricone approaches – it starts with a power "boing" on the track's grooving opener, has some darker orchestral passages that glide along nicely, and mixes slow-grooving organ with a bit of whistling and more boings on other numbers! You'll love that boing – which really sets the whole thing off in a crazy mood – and you'll understand why Morricone's range of expression on the soundtrack makes it one of his biggest hits from the time! Titles include "Tema Per Le Goff", "Jeanne E La Spiaggia", "Il Clan Dei Siciliani", "Tema Italiano No 2", and "Francobolli".  © 1996-2021, Dusty Groove, Inc.