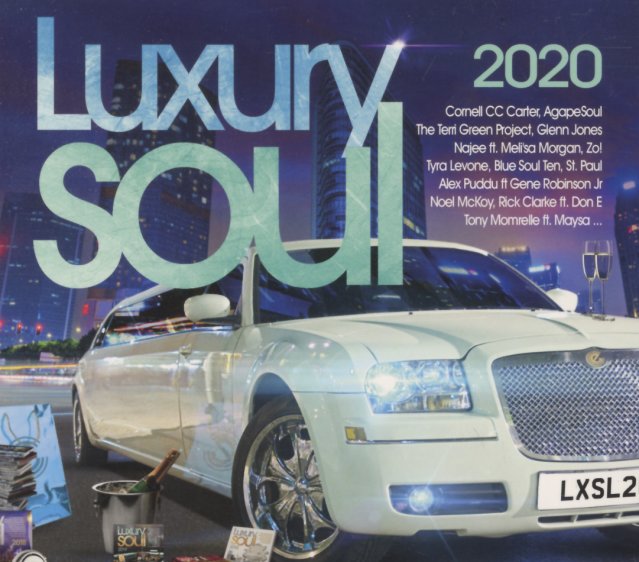 Soulful luxury at a mighty nice price – 3CDs and 35 tracks of music from the contemporary underground, plus a few cuts from back in the day – all put together with the top-shelf style of the Expansion Records label! The package is one of the best so far in this annual series – and like the others, it has a great way of turning up unusual numbers we might have missed otherwise – some subtle gems and overlooked sleepers, which makes the package as much of a place for new discovery as it is a musical bargain. As with other volumes, contemporary soul expert Ralph Tee handled all the tracks selection – and titles include "Follow" by Paul Johnson, "In The Mood To Take It Slow" by Najee with Meli'sa Morgan, "Speak Love" by James Day with Glenn Jones, "Slow Down" by Bill Henry Band, "Let Me Do It" by Halo, "Jakarta Dreams" by Incognito, "Never Let Go" by Candace Woodson, "Together" by Rockie Robbins, "Friends" by Rick Clarke featuring Don E, "It's You" by Terri Green Project, "I See Love (Metlife rmx)" by Cornell CC Carter, "Love Up" by Zo with Eric Roberson and Carmen Rodgers, "Lovestruck (2019 rework)" by Frankie Fandango, "Who's Been Kissing You" by Soulutions, "Clouds In My Mirror (Nigel Lowis sholes mix)" by Franciscsa Thomas, "It Should Have Been You" by Lasperanza with Izzy Chase, "Reach Out" by Laura Jackson, "Who Do You Love" by Victor Haynes, "We Won't Stop" by One Way with Al Hudson, "Don't Hold Back" by Alex Puddu with Gene Robinson, Jr, "Your Satisfaction Is Mine" by Ed Motta, and "Better Man" by Glenn Jones.  © 1996-2021, Dusty Groove, Inc.