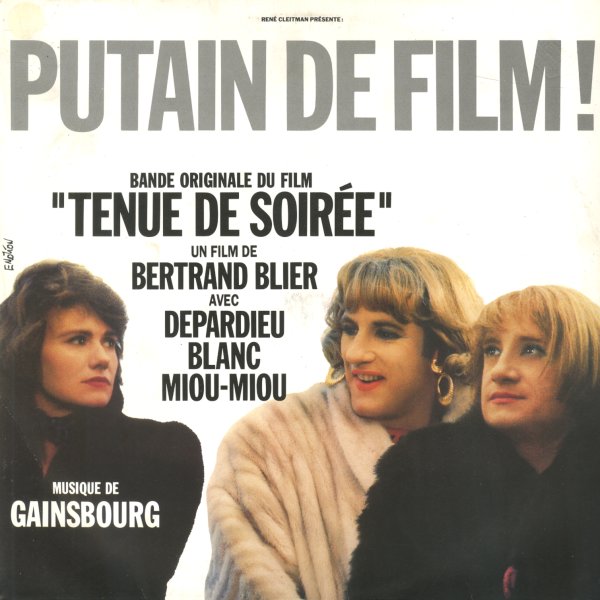 An overlooked Serge Gainsbourg soundtrack from the 80s – surprisingly well-done, and at a level that both reflects Serge's earlier styles and a much deeper ear for film scoring! There's a main theme that's delivered with this beautifully echoey piano line – sometimes playful, sometimes somber – almost like a melody from a Francis Lai film score – and balanced with some more stylized 80s elements that reflect the instrumental sounds in Gainsbourg's own records of the time – almost a reworking of older 70s trash modes, but towards more comedic ends for the film. The piano passages are especially wonderful – and a real revelation, as they show an emotive quality we don't normally associate with Serge – and titles include "Travelo", "Traverse", "Traveste", "Trave", "Travaux", "Traviolta One", "Travelling", and "Travers".  © 1996-2021, Dusty Groove, Inc.
(Cover has light wear.)