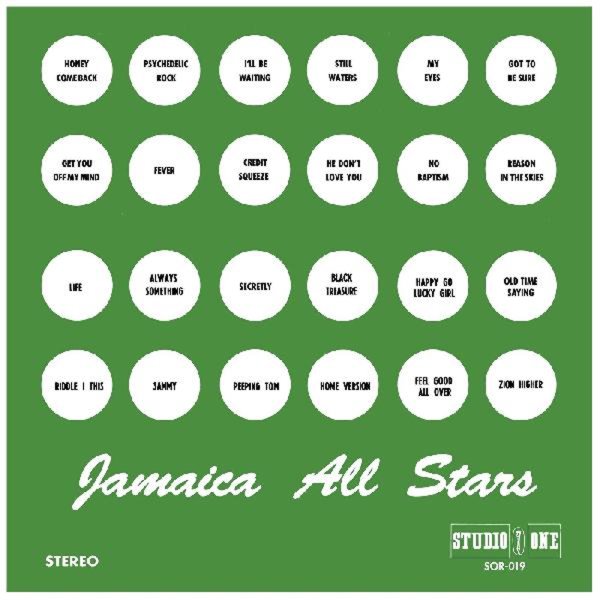 A heavy package of treasures from the vaults of Studio One – tracks from the early days of the label that really illustrate the special touch that Studio One had right from the start! The work here is some of the most soulful from the early years of reggae – Jamaican music that's clearly drawn strong inspiration from American work, but which is already really finding its own sort of special groove – mellow burning rocksteady, early reggae, and more – still sounding every bit as righteous and powerful as it did back in the day! This double-length set brings together both volumes of the original compilations – and titles include "Peeping Tom" by Brentford All Stars, "Honey Come Back" by Jerry James, "Get You Off My Mind" by Larry Marshall, "I'll Be Waiting" by Alton Ellis, "Got To Be Sure" by Horace Andy, "My Eyes" by John Holt, "He Don't Love You" by Larry Williams, "Psychedelic Rock" by Ernest Ranglin, "Life" by Hortense Ellis, "Always Something There To Remind Me" by Winston Francis, "Old Time Saying" by Burning Spear, "Riddle I This" by Dennis Alcapone, "Feel Good All Over" by King Sporty, "Zion Higher" by Burning Spear, and "Home Home Version" by Dennis Alcapone & Ken Boothe.  © 1996-2021, Dusty Groove, Inc.