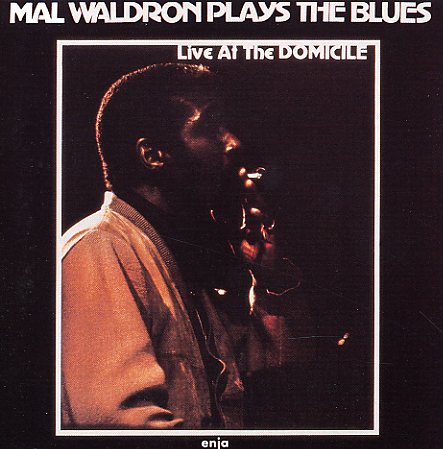 Mal Waldron plays the blues, but in a way that's hardly blue at all – given that the record is one from a time when the pianist was really setting a strong modern fire on the European scene in the 70s! The group's an unusual one – with bassist Jimmy Woode, of the Clark Boland Big Band, and drummer Pierre Favre – a player best known for his more modern moments – both musicians whose scope might just be wide enough to augment all the great ideas that Waldron was bringing to the piano on the album's mighty long tracks! By this point in his career, Mal had really taken off from his earlier American recordings – using the freedom of both the Japanese and European recording scenes to be a lot more expressive, and a lot more freewheeling – to a point where he's completely captivating, with non-stop imagination and a flurry of fresh ideas throughout. Tracks include "Way In", "Miles & Miles Of Blues", "Blues For FP", "Blues For DS", and "Up Down Blues".  © 1996-2022, Dusty Groove, Inc.
(Part of the "Enja – Real Jazz Classics" series!)