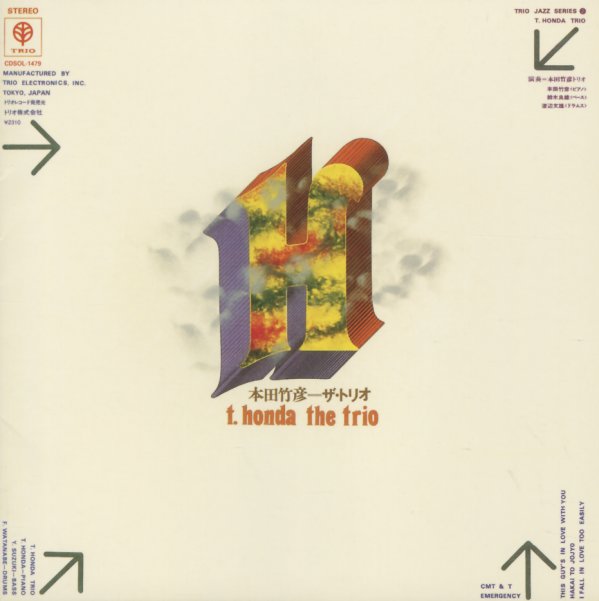 Some of the earliest work we've ever seen from Japanese keyboard legend Takehiro Honda – a great batch of trio tracks, recorded with an open spirit and freely soaring vibe! Honda's playing acoustic piano throughout – working in a trio with Yoshio Suzuki and Fumio Watanabe – and his style here is often heavier on the left hand than in later work – clearly influenced by American soul jazz players of the 60s, and carried off with the skill to match! There's some great bluesy undercurrents on the best numbers – but still played with some of the greater freedoms of the Japanese trio style – and titles include "Emergency", "CMT & T", "This Guy's In Love With You", and "Hakai To Jojyo".  © 1996-2021, Dusty Groove, Inc.
(Part of the "Nippon Jazz Spirits 48" series!)

What's Going On
Trio/Ultra Vybe (Japan), 1973. New Copy
CD...$14.99
Early soul jazz piano work from Takehiro Honda – recorded in a style that's quite different than most of his later albums! The sound here is full and rich – with Honda's work on the keys augmented by fuller backings arranged by Teddy Adams – all recorded in the US (we think), ... CD

Three For All
Enja/Ultra Vybe (Japan), 1981. New Copy
CD...$16.99
A really great record – one we're surprised that we like so much! On the surface, the album appears to be an inconsequential 80s session by three older giants of their instrument – Woods on alto, Flanagan on piano, and Mitchell on bass. But Woods' tone here, although played straightly ... CD