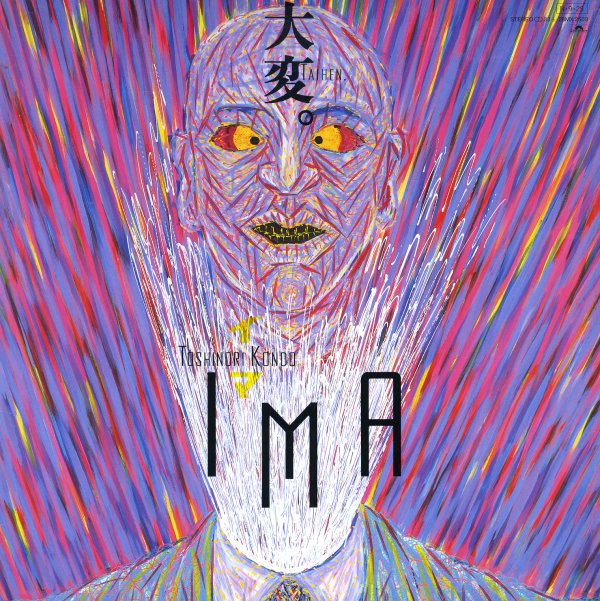 One of those really unique records that trumpeter Toshinori Kondo gave us in the 80s – not really fusion, but not avant either all – yet a very unusual criss-crossing of electric and acoustic impulses, with a vibe that's all its own! Kondo's clearly drawing a bit of inspiration from the younger, artier crowd that was transforming other areas of music – and if he were in the US, we might say the whole thing had a downtown New York vibe – partly because Bill Laswell's working on the record, and adds in some tapes – alongside Kondo's work on trumpet, voice, toys, and "little instruments" – with Rodney Drummer on bass, Cecil Monroe on drums, and Yoshinori Teramae and Tiazo Sakai on guitars. Titles include "Taihen", "The Day After", "Takao Blue", "A Song For Buddha", and "Oiwake". CD also features two bonus Bill Laswell special mixes – of "Taihen" and "Shosuke San".  © 1996-2021, Dusty Groove, Inc.
(Part of the "Nippon Jazz Spirits 48" series!)