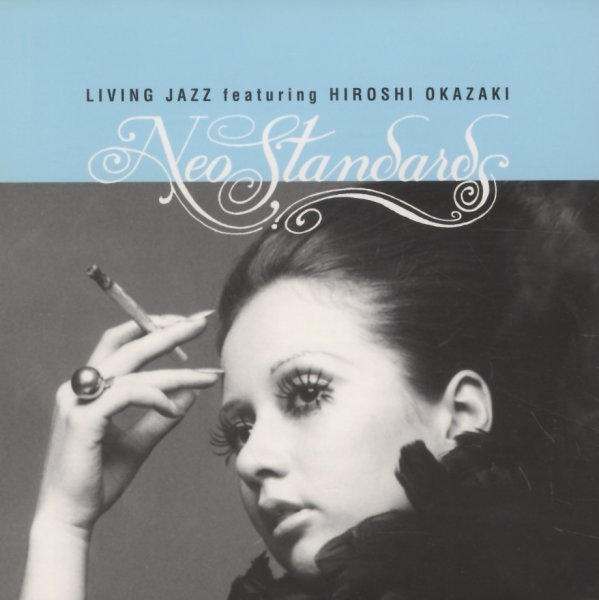 A sweet Japanese take on American easy grooves – an album originally issued in 1971 under the title Easy Listening Special, and featuring the vocals of Hiroshi Okazaki! Hiroshi sings in English, with a warm, mellow, and round sort of tone – not exactly soulful, but cool and almost breezy – perfect for the album's light instrumentation and catchy bossa-styled rhythms. There's some great piano on the set – tinkling away over slightly funky bass and drum bits – almost in the mode of some of the sweeter work by the Young-Holt combo – with the addition of vocals, of course! Titles include "Spinning Wheel", "Girl Talk", "Raindrops Keep Falling On My Head", "Here There & Everywhere", "Maybe September", and "Didn't We".  © 1996-2021, Dusty Groove, Inc.
(Part of the "Nippon Jazz Spirits 48" series!)

Living Voices – Neo Standards
Ultra Vybe (Japan), 1970. New Copy
CD...$13.99
A great lost slice of easy from Japan – sweet vocal tracks that are sort of a groovy take on the Hawaiian sound of the 60s! The tracks include a lot of Hawaiian standards, sung by the Living Voices in a mode that's occasionally gentle and dreamy, but which at other times has a surprising ... CD