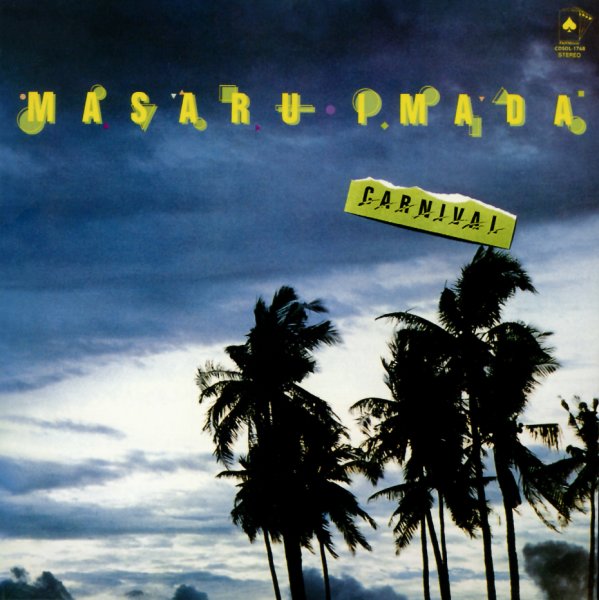 Masaru Imada gets a bit tropical here, but also picks up some great help on horns – thanks to guest work from the Brecker Brothers, whose performance on a few tracks really help give the set a strong soul fusion vibe! The core sounds come from Imada's quintet – which has the leader playing both acoustic and Fender Rhodes, with guitar, bass, drums, and percussion – and on those tracks that feature the Breckers, the whole thing really comes together – with that richness of sound and surprising current of soul that we love on the best Japanese fusion albums of the time. Even the non-Brecker tracks are pretty great – and titles include "Ripples In Recife", "Surf Dance", "Sunset Walk", "Gentle Breeze", and "Carnival". CD features a bonus radio edit of "Carnival".  © 1996-2021, Dusty Groove, Inc.
(Part of the "Nippon Jazz Spirits 48" series!)

Black Saint
Black Saint/Solid (Japan), 1975. New Copy
CD...$13.99
Stunning work from one of the greatest players of the post-Coltrane generation – a classic session recorded overseas in the mid 70s, and one that's filled with soulful expressions from the great Billy Harper! Harper's tenor kicks off the set with an immediately gripping sound – as ... CD

Shirasagi (Japanese paper sleeve edition)
Trio/Ultra Vybe (Japan), 1974. New Copy
CD...$24.99
Trumpeter Itaru Oki is listed as the leader here, but the set gets some especially strong help from Takashi Tokuhiro on bass – who begins side one's "Shirasagi" with this amazing solo that's worth the price of the album alone! Side two begins with a complete reworking of "You ... CD