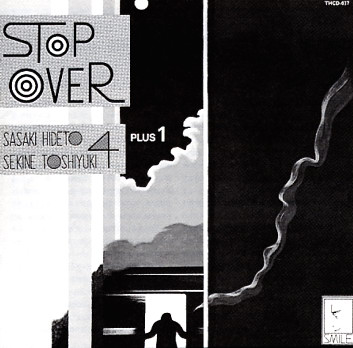 A great group, and one we've never heard before – stepping out with some tremendous trumpet and alto work that really makes the album sparkle! The group's led by trumpeter Hideto Sasaki, and features alto from guest Sekine Toshiyuki – both working in a mode that's sharply angular, but deeply soulful – like some of the most modern Blue Note work at the end of the 60s! There's some really wonderful interplay between the horns – supported by vamping, soaring rhythms on piano, bass, and drums – and in a way, the record feels like one of those later Lee Morgan dates, still rooted in hardbop traditions, but really taking off with new ideas! Titles include a wonderful version of "Little B's Poem", plus "Carole's Garden", "Turquoise Twice", "Stop Over", and "Soultrane".  © 1996-2022, Dusty Groove, Inc.