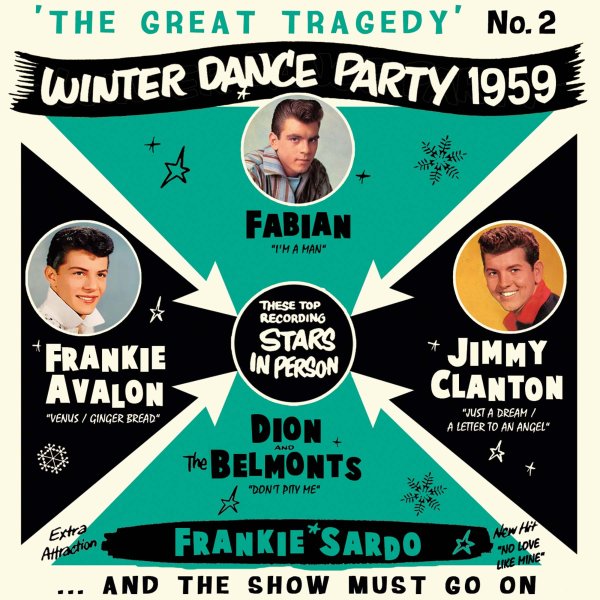 The famous Winter Dance Party tour of 1959 cost the world the young talents of Ritchie Valens, Buddy Holly, and The Big Bopper – but after those three giants died in a legendary plane crash, it was up to the rest of the cast to carry on! This second volume in the excellent Bear Family series picks up where the first left off – and features material by some of the remaining members of the tour, sprinkled with a few posthumous releases by those lost in the crash – all with a huge booklet of notes and images! There's also a few tribute songs in the mix – showing the quick musical response to the loss of the three – and even early work by Waylon Jennings, who was an early replacement for Holly's Crickets. 34 tracks in all – with titles that include "Just A Dream" by Jimmy Clanton, "Three Young Men" by Lee Davis, "Suzie Baby" by Bobby Vee, "I'm Broke" by Frankie Avalon, "My Little Sue" by Terry Lee & The Poorboys, "Steady Date" by Fabian, "Raining In My Heart" by Buddy Holly, "The All American Boy" by Bill Parsons, "Three Stars" by Tommy Dee with Carol Kay & The Teen-Aires, "Walking Through My Dreams" by The Big Bopper, "That's My Little Suzie" by Ritchie Valens, "Oh Linda" by Frankie Sardo, and "Jole Blon" by Waylon Jennings.  © 1996-2020, Dusty Groove, Inc.