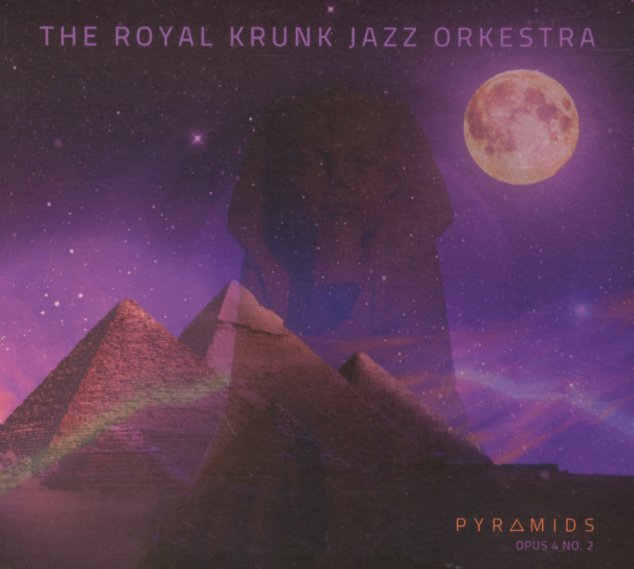 Really great work from the Royal Krunk Jazz Orchestra – an album that's much more ambitious and far-reaching than their previous album – with a sense of majesty we never would have expected the last time around! As before, there's no real "krunk" here at all – and instead, the group soar to the skies with a contemporary take on spiritual jazz inspirations – using the pyramids for inspiration in a way that hearkens back at the ancient/future spirit of Earth Wind & Fire – rediscovering a lost sense of legacy and spirit, then moving forward to reclaim a throne of greatness! Maybe that sounds a bit high-handed, but the music is anything but – and instead weaves together trumpets, trombones, and saxes with effortless ease and a real sense of organic energy – flowing with keyboards and percussion that keep things grounded on the planet, while Dionne Farris provides some occasional vocals. Titles include "The Regyptian Blues", "Kabla Khufu", "The Question Of Time", "Black Indian Rain Dance", "Olmec", and "Voyage Of The Pyramid Builders".  © 1996-2021, Dusty Groove, Inc.