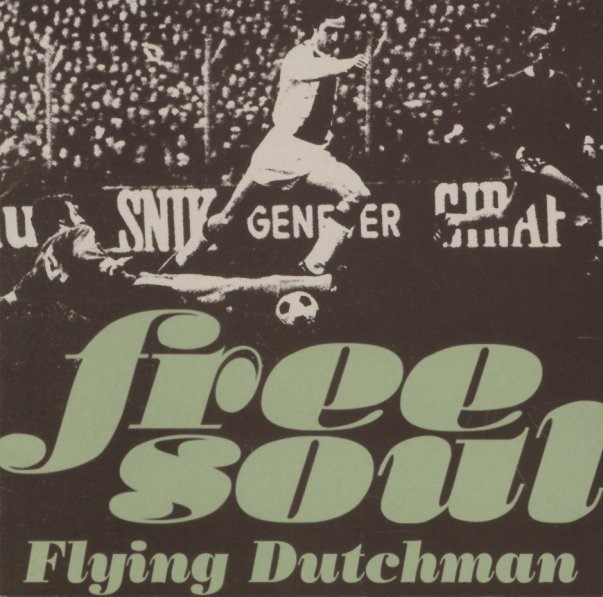 A fantastic double-dip into the mighty catalog of Flying Dutchman Records – one of the hippest early 70s imprints in the worlds of jazz, soul, and funk! The blend of music here is great – as the collection features some key cuts by the bigger names on the label, plus some overlooked gems that really get at the all-great spirit of their recordings – pulled together with a vibe that matches the upbeat, positive spirit of the many other entries in the Free Soul series from Japan! There's plenty of vocal cuts on the collection, but some instrumentals too – and the 2CD package features 39 tracks in all, over 160 minutes of music – with titles that include "Money Honey" by Esther Marrow, "Love Each Other" by Leon Thomas, "Soulful Strut" by Steve Allen, "Heavy Soul Slinger" by Bernard Purdie, "When You Are Who You Are" by Gil Scott-Heron, "Bridges" by Cesar 830, "The Creator Has A Master Plan" by Louis Armstrong, "A Chance For Peace" by Lonnie Liston Smith, "Head Start" by Bob Thiele Emergency, "Tite Rope" by Harold Alexander, "Nicole" by The Cyrkle, "From This Moment On" by Shelly Manne, "He Don't Appreciate It" by Esther Marrow, "Mama Soul" by Harold Alexander, "Just In Time To See The Sun" by Leon Thomas, "This Is The Me Me" by Richard Groove Holmes, "I Think I'll Call It Morning" by Gil Scott-Heron, "El Arriero" by Gato Barbieri, "Footprints" by Lonnie Liston Smith, "Gypsy Queen" by Count Basie, and "See Saw Affair" by Cesar 830.  © 1996-2021, Dusty Groove, Inc.