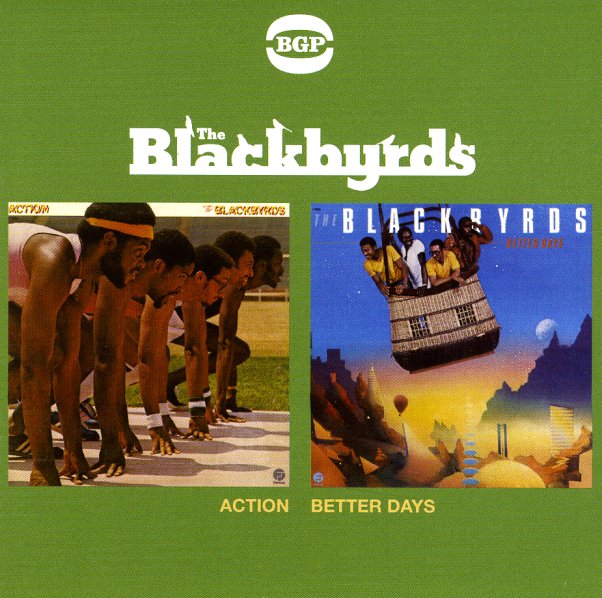 Two of the later Blackbyrds LPs on one CD! Action is a great little sleeper from the Blackbyrds – a record that never gets as much due as their earlier records that have a hard funky feel, but offer instead a tasty batch of smoother jazz funk numbers that show the group still continuing to grow. Donald Byrd's still at the production helm – and the band's got a nice spacey sound that almost reflects directions that other funk groups, like Kool & The Gang, were taking at the time. The best case of this is the massive cut "Mysterious Vibes", a slow jazzy stepper that was sampled to great fame a few years back – but you can also hear it on the cuts "Supernatural Feeling", "Soft & Easy", and "Dreaming About You". Better Days is filled with sweet warm grooves from the mighty Blackbyrds – a set that has George Duke working with the group, giving them some of the electric vibe of his own great work! The sound is less sharply funky than the early days of the group, but still mighty nice – and titles include "Do It Girl", "Love Don't Strike Twice", "What We Have Is Right", and "What's On Your Mind".  © 1996-2021, Dusty Groove, Inc.