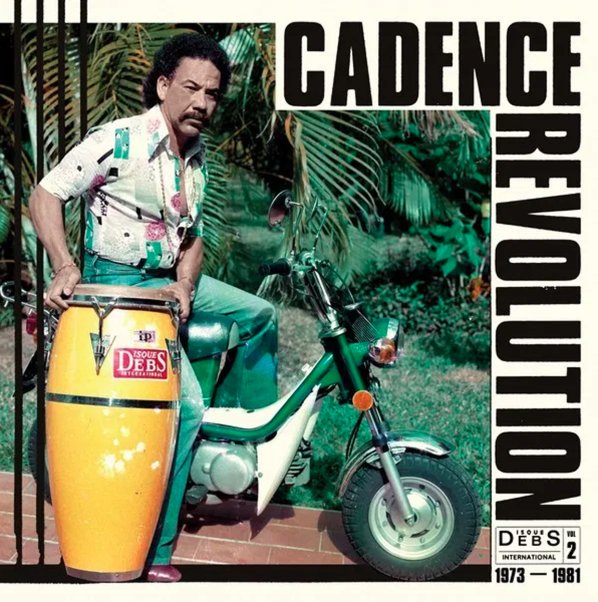 Stunning sounds from the Disques Debs label in the 70s – a powerhouse imprint in the French Caribbean scene, and a company who were really coming into their own during the decade! The "cadence revolution" in the title is a reference both to the revolution in new musical sounds that Debs was helping encourage, and the rise of the cadence style in Guadeloupe and Martinique – a mode that borrows the faster rhythms of Haitian music, then folds together some elements of Afro-Cuban styles, and maybe just a touch of West African influence – part of that back/forth activity across the Atlantic that seemed to happen so effortlessly during the 60s and 70s. A good number of the tracks here are nice and long – pulled from Debs LPs, not just 45s – and as with the first volume, the package does a great job of providing plenty of historical context, information on the music, and some great vintage images too. Titles include "Ambiance" by Les Vikings, "Lina Femm Foll" by Smoke, "Lage Yo" by Koumbit, "Disco Funk" by Galaxy, "Ping Pong" by Guy Conquette & Son Groupe, "Experience" by Tabou No 2, "Moin Domi Derho" by Super Combo, "Good Trip" by HWT Band, "Stranger" by Midnight Groovers, and "Moin Ce Roi Roi" by Guadafrica Combo.  © 1996-2021, Dusty Groove, Inc.