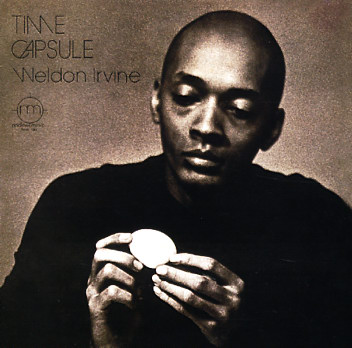 One of the most beautiful records to come out of the early 70s – a tremendous indie effort from a young Weldon Irvine! Irvine put this album together as sort of a musical "time capsule" of his generation – an effort to capture the era's thoughts, feelings, and emotions through a mix of music, vocals, and a few spoken bits – all woven together in a way that changes moods nicely, but always keeps the same righteously spiritual vibe! Weldon plays keys that are both electric and acoustic throughout – and he's joined by a very hip batch of players who include Jimmy Owens, Lenny White, Alex Blake, George Cables, and others – all working here in a very rough-edged and soulful mode. Titles include the classic break track "Bananas", the sweet vocal number "Deja Vu",and the soul classic "Feelin' Mellow" – also covered by Fatback Band, but even better here in the original! Other tracks include "Soul Sisters", "Watergate Don't Bug Me", "Spontaneous Interaction", and "I Am".  © 1996-2023, Dusty Groove, Inc.
(Limited edition 180 gram pressing!)