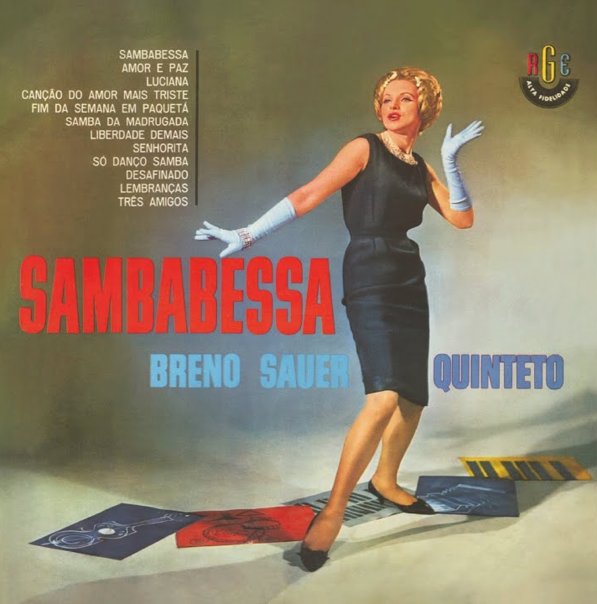 The great Breno Sauer always has a great ear for blending samba rhythms and jazz – and here, he really lets that talent explode in a fantastic array of colors and tone! The instrumentation is great – Breno's vibes in the lead, with guitar, accordion, bass, and drums – the last of which are worth the price of admission themselves, as they often crackle with lots of complicated changes in the rhythms to keep up with the samba groove – while the vibes, guitar, and accordion deliver a warm palette of sounds over the the top! A standout instrumental classic from the RGE catalog of the 60s – with titles that include "Sambabessa", "Liberdade Demais", "Senhorita", "Luciana", "Amor E Paz", "Cancao Do Amor Mais Triste", "Samba Da Madrugada", and "Lembrancas".  © 1996-2021, Dusty Groove, Inc.