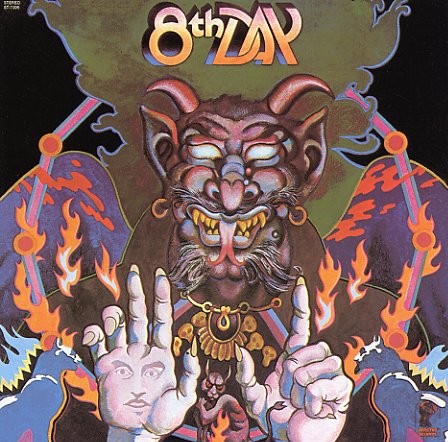 The first album by 8th Day – a record with a bit of a complicated pedigree, but a massive amount of 70s Detroit soul as well! The set was supposedly compiled to cash in on the group's hit single "She's Not Just Another Woman" – reportedly recorded by 100 Proof Aged In Soul, but issued under the name 8th Day, so that it wouldn't compete with the group's other hits on the charts! But after that cut took off, Holland-Dozier-Holland needed a group to back it up, so they assembled some lesser-known, but strong, Detroit soul talents to record this album. Unlike the group's second album, which is a much funkier affair overall, this one sounds a lot like 100 Proof – with a raspy southern-tinged soul approach, filtered through some tighter, more full-on HDH arrangements that really give the whole thing a great sort of punch! A great album if you dig the Invictus/Hot Wax soul sound – and titles include "I'm Worried", "Enny Meeny Miny Mo", "You've Got To Crawl Before You Walk", "Just As Long", and "She's Not Just Another Woman".  © 1996-2021, Dusty Groove, Inc.