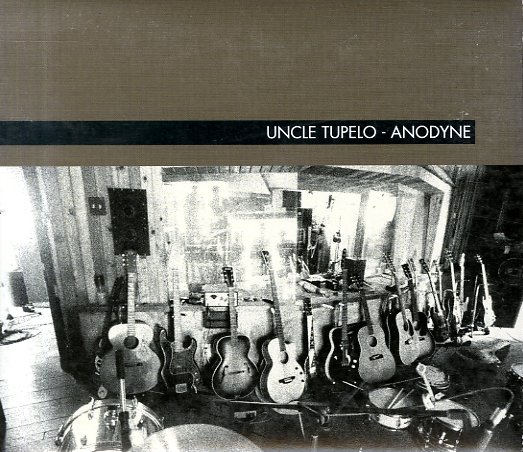 Uncle Tupelo's excellent, unfussy, fairly timeless final album – with equally good songs written by Jay Farrar and Jeff Tweedy that sound great together even if it's pretty clear in retrospect that they were soon to split up for good. The difference between Uncle Tupelo's loud guitar ragers and folk and roots infused songcraft got a lot more seamless over their years as a band, and on Anodyne they tend to let their rootsier influences shine a little brighter without sacrificing the grit and muscle of the more electric material. This one notably features John Stirratt and Ken Coomer, soon to join Tweedy in Wilco. Includes "Slate", "Acuff-Rose", "The Long Cut", a cover of Doug Sahm's "Give Back The Key To My Heart" featuring Sahm himself on vocals, "Chickamauga", "Anodyne", "15 Keys", "High Water", "Steal The Crumbs" and more.  © 1996-2021, Dusty Groove, Inc.
(Rhino 2020 Start Your Ear Off Right pressing. Brick & mortar exclusive!)