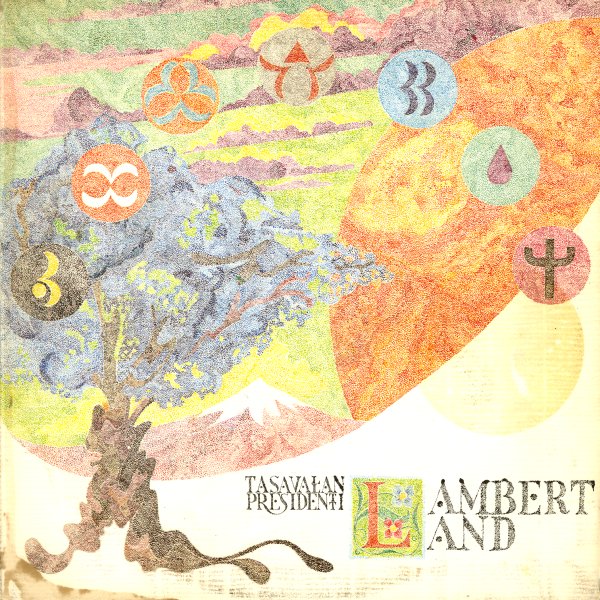 Maybe the crowning achievement for legendary Finnish prog group Tasavallan Presidentti – a set that really has things coming together in ways that would separate the group apart from the rest – in a record that's almost all composed by Jukka Tolonen, the legendary guitarist in the group! The tunes have maybe even more of an instrumental focus than before – although new singer Eero Raittinen gets his share of space on the set – and reedman Pekka Poyry is really on fire on a variety of saxes and flute, chopping out these amazing lines that effortlessly blend jazz fusion and prog rock energy. Titles include "Lounge", "Lambertland", "Dance", "The Bargain", "Last Quarters", and "Celebration Of The Saved Nine". CD features the bonus tracks from a single – "Sisaltani Portin Loysin" and "Selva Nakija".  © 1996-2021, Dusty Groove, Inc.