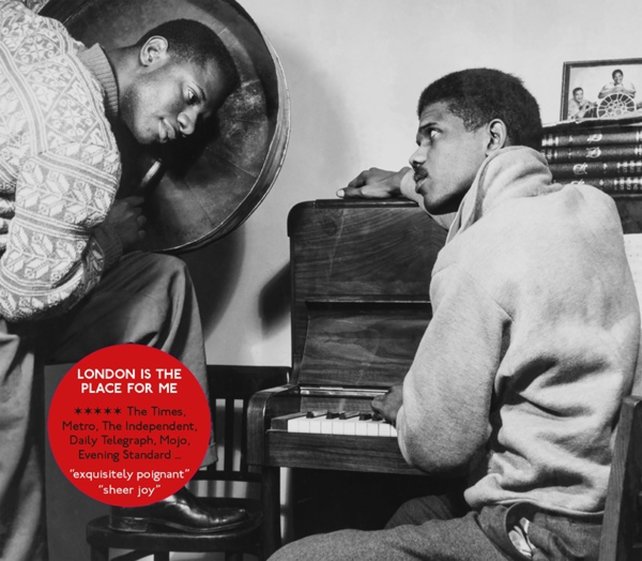 A great double header from Honest Jons – a 2CD set that brings together volumes 7 and 8 of their London Is The Place For Me series! Volume 7 is first – a fascinating look at musical modes in London during the big years of postwar immigration – a time when former residents of the crumbling British Empire were flooding to London for jobs and a better way of life – often bringing along a huge amount of cultural experience in the process! This set follows wonderfully in the spirit of previous volumes of the series – bringing together a range of different sonic styles that were originally recorded in London as 78rpm singles – where a new wave of Caribbean and West African immigrants were fusing older styles with a newly modern sensibility, and often a fair bit of jazz as well! The set list is wonderful – a great array of well-chosen material – and titles include "Wa Sise" by Willie Payne & The Starlite Tempos, "The Emperor Of Africa" by The Mighty Terror, "Royal Wedding" by The Lion, "Modern Telephone" by Dai Dai Simba, "Sons & Daughters Of Africa" by Lord Beginner, "Caroline" by Trinidad Steel Band, "Ema Foju Ana Woku" by West African Rhythm Brothers, "Kana Kana" by Billy Sholanke, "Boul Ve Se" by Calypso Rhythm Kings, and "My Handy Man" by Marie Bryant. Volume 8 features a huge collection of work from the great Lord Kitchener – maybe one of the most important singers to move the music of the Caribbean to British shores during the postwar years – a time when he was a strong voice to new waves of immigrants arriving in London, and when he was also making a lot of inroads for criss-crossing post-colonial culture too! The base style is calypso, but Kitchener always handles the music with a spirit that's all his own – modern, witty, and urbane – often with some nice currents of jazz in the instrumentation, and plenty of social commentary that made music like this a great precursor to later righteous moments in jazz, funk, soul, and reggae. Titles include "No More Taxi", "Food From The West Indies", "Come Back In The Morning", "Pirates Of Paria", "Drink A Rum", "If You Brown", "Life Begins At Forty", "Mistress Jacob", "Africa My Home", "Kitch In The Jungle", "Tie Tongue Mopsie", and "London Is The Place For Me".  © 1996-2022, Dusty Groove, Inc.

Best Of The SABC Years – 22 Rare Recordings From The South Africa Broadcasting Corporation Archives – 1982 to 1988
Umsakazo (UK), Mid 80s. New Copy
CD...$14.99
Rare work from the lovely Irene Mawela – material that the South African singer recorded for the SABC sound library in the 80s, none of it commercially available at the time! Yet despite that fact, this is material that can go head to head with some of the best SA soul of the time – ... CD