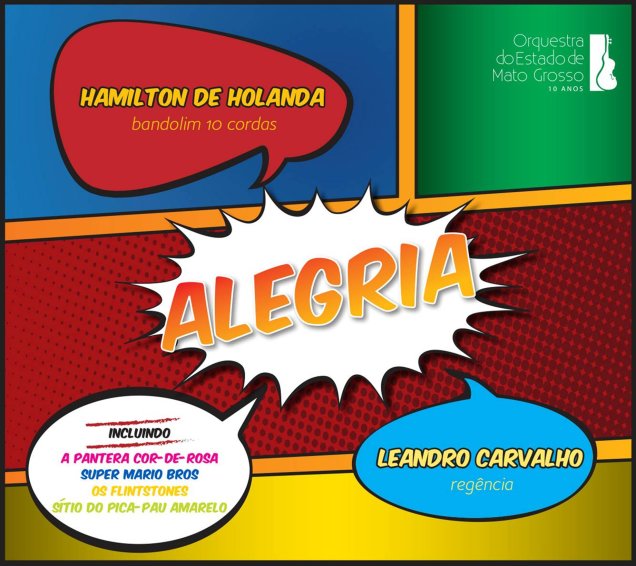 One of the most playful albums we've ever heard from Hamilton De Holanda – a set that features the master instrumentalist on 10 string bandolim, in front of some larger orchestrations – but on tunes that are pulled from a variety of pop culture sources, including some surprising entries from cartoons and video games! Hamilton's command of his instrument is still fantastic – beautifully expressive, and always doing a heck of a lot with just a little – and the larger orchestrations are thoughtfully handled by Leandro Carvalho, in a way that never dims the presence of the lead instrument, but instead inflects its sound with just the right sense of color and space. Titles include "Sitio Do Pica Pau Amarelo", "A Pantera Cor De Rosa", "Super Mario Brothers", "Os Flinstones", "Vida Alegria E Esperanca", and "Dorme Com Os Anjos".  © 1996-2021, Dusty Groove, Inc.