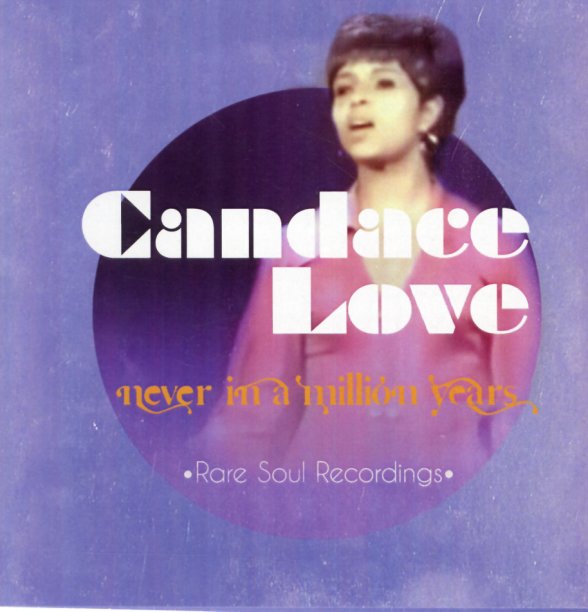 Rare female soul from Candace Love – a singer who only recorded a handful of singles in her career, which are all collected here to make the first-ever full album of her work! Candace sung on the Chicago scene of the late 60s – and these tunes definitely have all the best elements the Windy City sound had to offer at the time – particularly that nicely-stepping midtempo groove you'd know from labels like Brunswick or Okeh, given a slight indie spin, as these tracks were all done for the smaller Aquarius label. Production and songwriting is by Fred Bridges, Ric Williams, and Bobby Eaton – and titles include "Peace Lovin Man", "Something's Gonna Happen", "Love Transplant", "Wonderful Night", "Uh Uh Boy That's A No No", "That's How It Is", "Never In A Million Years", and "Heaven & Hell" – plus a few takes on "I Want To Get Back".  © 1996-2021, Dusty Groove, Inc.