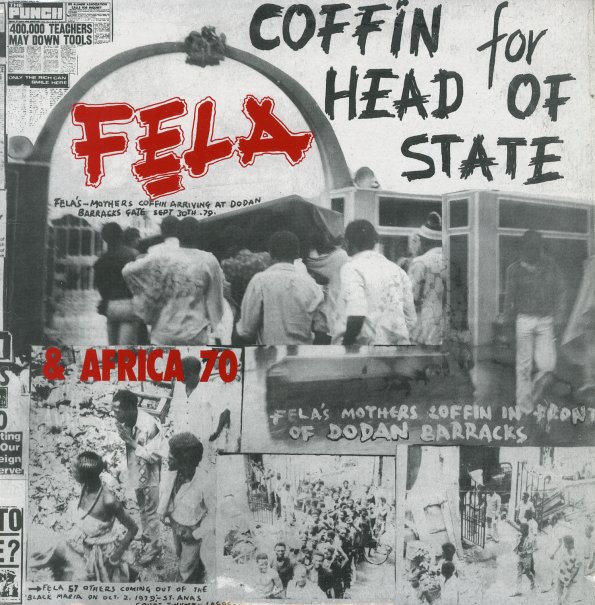 One of the most compelling Fela albums of the 70s – and one that's got a very different feel than some of his others. The album features one long track – "Coffin For Head Of State" – and although the track still has the usual Fela staples of horn riffs, chopping vamps, and electric piano – it's also got a sad dirge-like sound that is incredibly soulful, and filled with sorrowful emotion that you don't normally catch on Fela's albums. Side two is especially great – as it's mostly instrumental, and features some great interplay between a spacey electric piano and the horn section.  © 1996-2022, Dusty Groove, Inc.