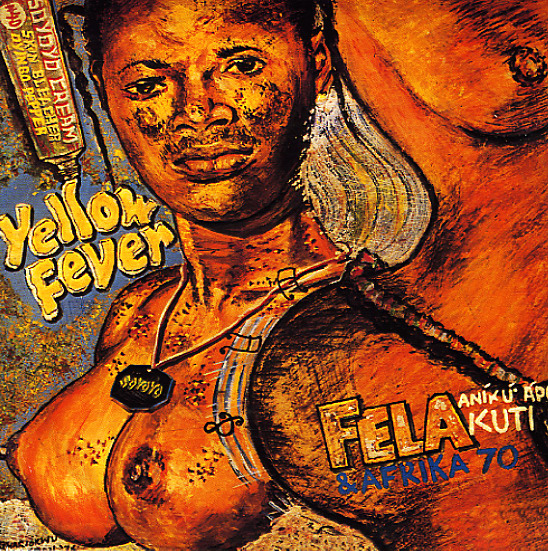 A really killer 70s album from Fela Kuti – one that serves up a hell of a message, and some great slinky grooves too! "Yellow Fever" is a brutal attack on miscegenation, backed by a funky groove that makes the whole thing fall into place with an amazing riffing sound – bold, powerful, and Afrika 70 at their best! "Na Poi 75" begins with a cool spoken bit – then moves into this pulsating keyboard part which is almost eerily spare, until the rest of Afrika 70 come into the mix and really funk things up! Drums are wonderfully skittish – kind of double-snapping, while the bassline dips nicely below – and the tune ebbs and flows in this really great way.  © 1996-2022, Dusty Groove, Inc.