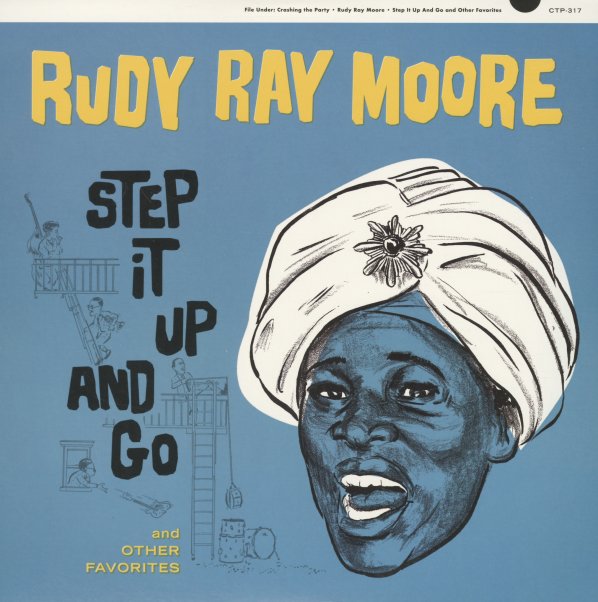 Think Rudy Ray Moore was only the king of 70s raunch? Think again – as Rudy has a heck of a long career, one that stretches back to the R&B years of the 50s! This set does a great job of looking back at that under-documented period of Rudy's career – and features a wonderful batch of obscure tunes that rank with some of the best hard-hitting R&B vocal work of the time. The feel here is like 50s King work by Wynonie Harris, or Detroit Fortune recordings by Andre Williams – heavy vocals, tight combo backing, and a fierce sound that pushes past the easy R&B hits of the day. Titles include "I'm Mad With You", "Ring A Ling Dong", "The Buggy Ride", "Rally In The Valley", "Hurts Me To My Heart", "Ballad Of A Boy & A Girl", "Whatcha Gonna Do", "I'll Be Home To See You Tomorrow", and "Let Me Come Home" – plus a rare radio spot for the Dolphin's Record Shop in LA!  © 1996-2021, Dusty Groove, Inc.
(Red vinyl pressing!)