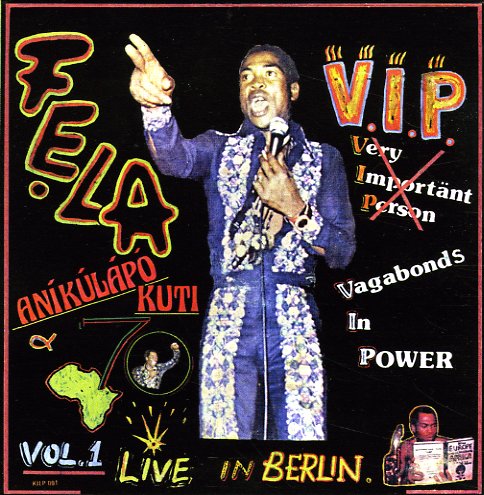 A searing live set from Fela Kuti & Afrika 70 – a long album-length jam, recorded in Berlin – with the group really going to town in instrumental frenzy topped with very righteous lyrics! VIP doesn't have the usual meaning here – as it stands for "vagabonds in power", and is a searing attack on the Nigerian government at the time – one that has plenty of power from a lyrical perspective, but which really soars to the heavens as Fela and the group stretch the whole thing out over riffing guitar, driving percussion, and some incredible horn solos too!  © 1996-2022, Dusty Groove, Inc.