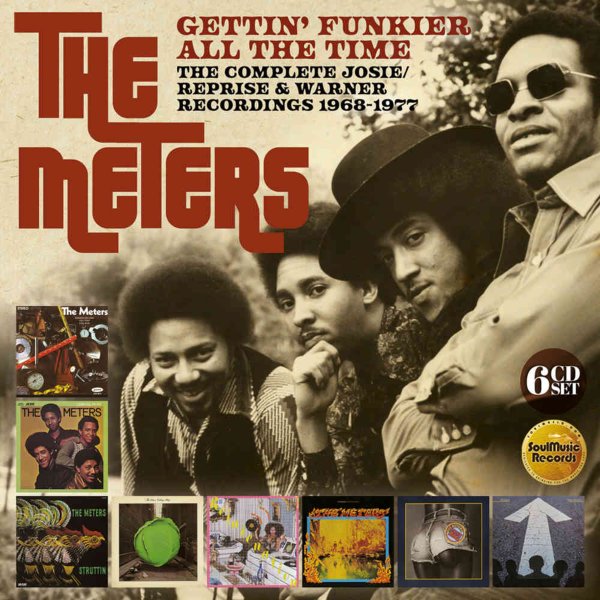 A massive package of funky music – and maybe one that no home should be without – as the set includes all the classic Josie Records and Warner Brothers albums by legendary New Orleans funk group The Meters – plus a fair bit of bonus tracks too! The Josie albums are incredible – a lean, powerful blend of funky drums, bass, guitar, and organ – almost the New Orleans answer to Booker T & The MGs, but with a sound that's far funkier overall – and which continues to bring new ears to the magic of The Meters as the years go by! Their Warner work is a bit fuller – as the group were part of a big wave of Nola talent to get the nod from LA – which means that The Meters were able to add in vocals, experiment with arrangements, use additional instrumentation – yet all without ever losing that core groove that made them so great! This package is the first time all the records have been brought together, and many are presented here in the "expanded edition" versions with bonus tracks – which makes for a whopping 116 titles on 6CDs – bonus tracks, plus the full albums The Meters, Look Ka Py Py, Struttin, Cabbage Alley, Rejuvenation, Fire On The Bayou, Trick Bag, and New Directions – plus some singles too!  © 1996-2022, Dusty Groove, Inc.