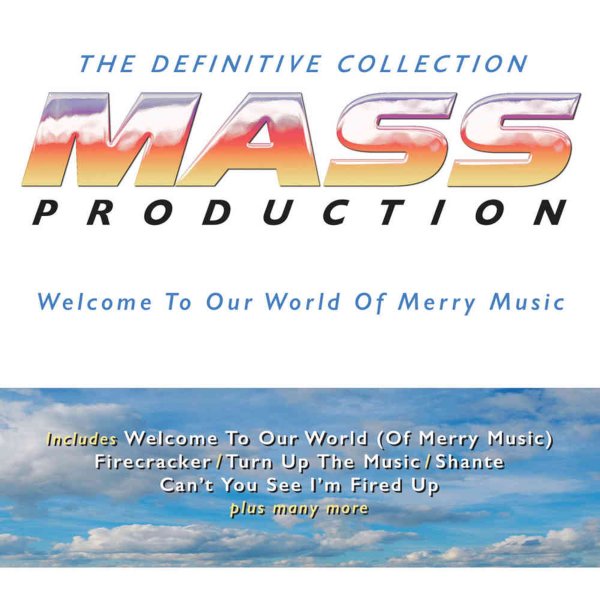 A fantastic collection of grooves from Mass Production – one of the best of the large funk ensembles to hit the mainstream at the end of the 70s – even though they didn't always get the success they deserved! That doesn't stop these guys from giving their all, though – super-sharp, super-tight instrumentation that comes down on the groove right from the get-go – and which moves with a fast funk energy that's a nice contrast to some of the stiffer, clunkier modes that were floating around at the time! These guys inherit the best impulses of Earth Wind & Fire and Kool & The Gang – and find a way to make their large lineup sound nice and lean, never too overcooked – with shifting vocals that really help keep things interesting throughout. The 3CD package features 45 tracks from their seven year stretch recording for Atlantic/Cotillion Records – and titles include "Sky High", "Groove Me", "Our Thought", "Bopp", "Turn Up The Music", "Diamond Chips", "Inner City", "Sun Dancer", "Victory 83", "Magic", "I Like To Dance", "Welcome To Our World", "Slow Bump", "Time Bomb", "Keep My Heart Together", "Cosmic Lust", "I Believe In Music", "Fun In The Sun", "Just Wanna Make A Dream Come True", "Firecracker", and "Eknuf (inst)".  © 1996-2020, Dusty Groove, Inc.