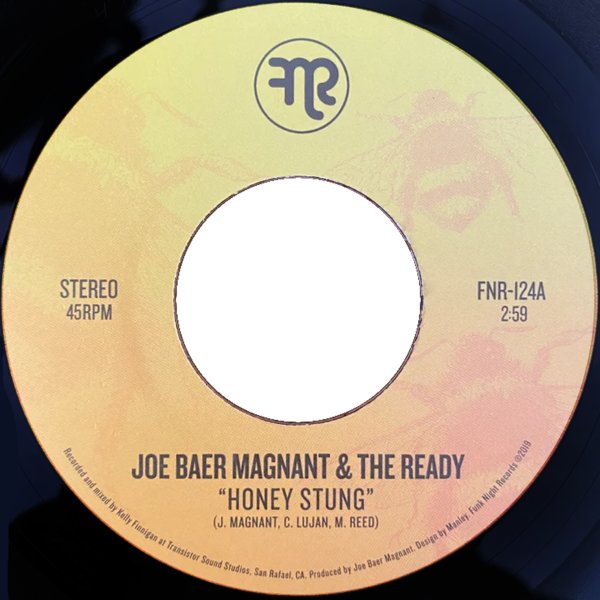 "Honey Stung" sounds like a title from an old 70s action soundtrack – and the groove here does too, right down to the chunky congas kicking up the rhythms from the bottom, and the bold mix of guitar and horns over the top! The flipside comes over in a similar mode, but slower – kind of a slinkier bit of funk, as might be used when the hero is heading back home after a fight!  © 1996-2021, Dusty Groove, Inc.
(Limited to 250 copies.)