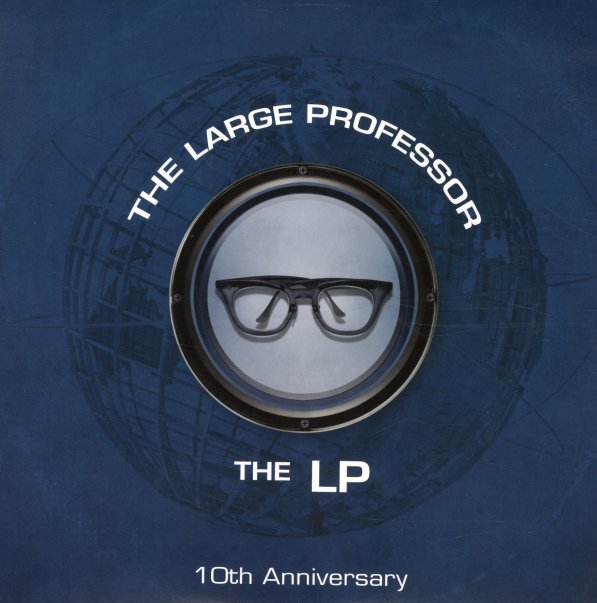 The legendary unreleased LP album from Large Professor – recorded for Geffen in the mid 90s, finally seeing official release by Large Professor's own Paul Sea Productions! It's a solid effort, with a vibe that for some reason wasn't speaking to Geffen brass at the time, but it stands up now as a pretty faultless example of solid blueprint beatcraft by one of the scene's pioneers. Some of the production is laidback and jazzy, some has a more booming bass beat, and LP's rhymes are tailored nicely to his beats. Titles include "That Bulls**t", "Hungry", "I Juswanna Chill", "Funky 2 Listen 2", "Mad Scientist", "Hard", "One Plus One" feat Nas (not too far removed from his Large Pro collaborations on Illmatic at this point), "The LP", "Dancin' Girl", "Large Pro:Verbs", "Havin' Fun", "Spacey", "Amaman", "Queens Lounge", "Bowne" and "Big Willie".  © 1996-2022, Dusty Groove, Inc.
(Limited 10th Anniversary repress on metallic silver colored vinyl.)

Beatz Vol 3 (Instrumentals)
Paul Sea Productions, 2022. New Copy
LP...$34.99 38.99
The Large Professor's a producer who needs no introduction from us – and even though he first rose to fame from the hip hop underground of the 90s, his skills in the studio are still very much head and shoulders above the rest! Here, the Professor serves up a set of spare instrumentals ... LP, Vinyl record album