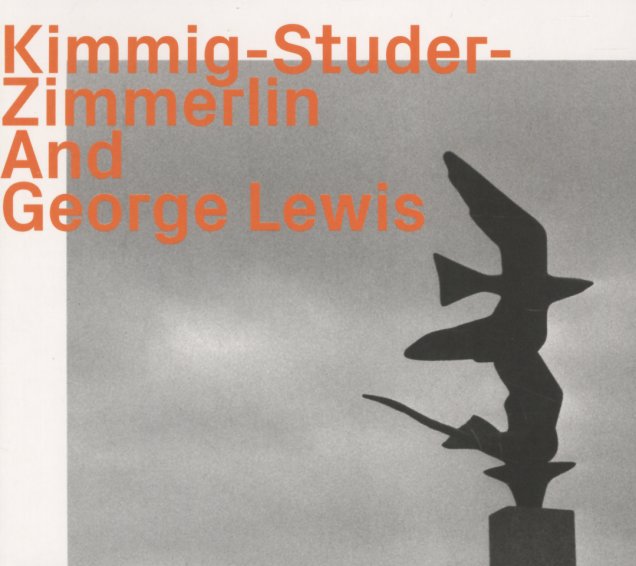 The legendary George Lewis plays both trombone and electronics here – both of which are a fantastic addition to the core trio efforts of Harald Kimming on violin, Daniel Studer on bass, and Alfred Zimmerlin on cello! These guys are unlike any string trio you might know from the world of serious music – as they play freely and openly, with as many sharp edges on their own instruments as Lewis brings to his – this cascading confluence of strings and tones, with lots of elements that remind us of the deeper sonic leanings of Lewis at his most experimental! Titles include "Tactus & Tatum", "Night Walk", "Very Nice", "Seven Colors & Number Ten", and "Natura Morta".  © 1996-2021, Dusty Groove, Inc.