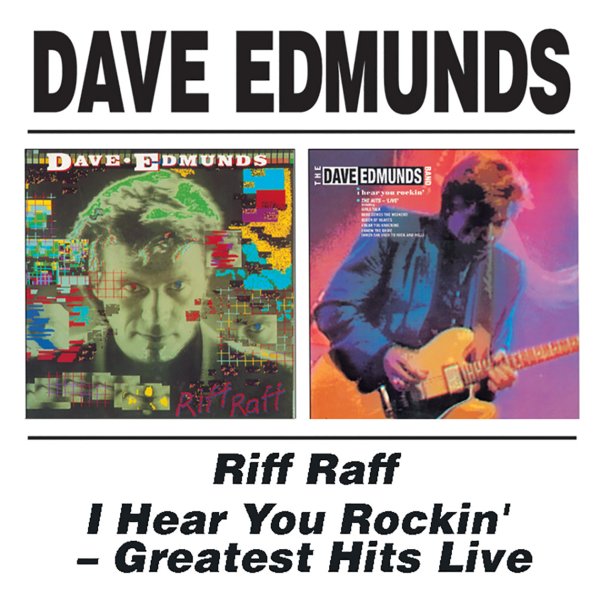 A pair of Dave Edmunds Records – back to back on a single CD! Riff Raff is Dave Edmunds in the 80s – still very much in charge of that special voice that made him a standout rocker from the UK scene the decade before – but also doing plenty to change with the times! Dave's vocals and famous guitar twang are wrapped around the kind of catchy tunes he always did so well – and the production, handled with help from Jeff Lynne, has some electro touches and compression around the vocals – elements that work surprisingly well, as in Lynne's own musical shift during the decade! There's plenty of classic Edmunds moments throughout – and titles include "Busted Loose", "Breaking Out", "Far Away", "How Could I Be So Wrong", "Can't Get Enough", and "Something About You". I Hear You Rockin is a late 80s set from Dave Edmunds – but one that has him working live, at a level that's maybe more tied to some of his late 70s material than you'd expect! The group perform a fair bit of older hits, and Dave's vocals and twang-heavy guitar are very much in fine formation – giving the whole thing a Stiff Records sort of vibe, on titles that include "Girls Talk", "Here Comes The Weekend", "Queen Of Hearts", "I Knew The Bride", "I Hear You Knockin", and "Crawling From The Wreckage".  © 1996-2021, Dusty Groove, Inc.

American Metaphysical Circus
Columbia/Esoteric (UK), 1969. New Copy
CD...$14.99 20.99 (LP...$14.99)
An amazing little record from Joe Byrd – an artist with roots in serious music, but who's serving things up here with a wild hippie aesthetic that makes the whole thing come across more like a "happening" than the usual sort of studio album – but in ways that also echo an ... CD