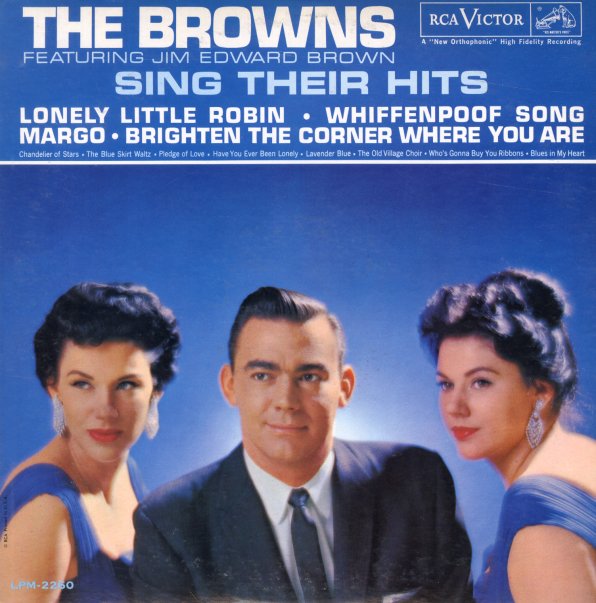 Fantastic country harmony from Jim Ed Brown and his two sisters – on titles that include "The Blue Skirt Waltz", "Lonely Little Robin", "Blues In My Heart", "Lavender Blue", "Chandelier Of Stars", and "Brighten The Corner Where You Are".  © 1996-2020, Dusty Groove, Inc.

Songs Of The Pioneers