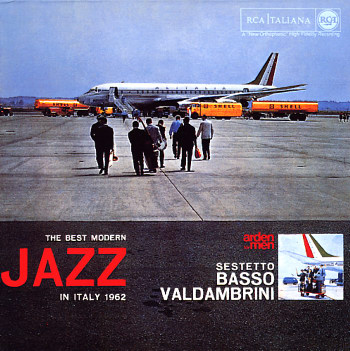 A really landmark album in European jazz – one of those records that always tops the lists of collectors, and for good reason too! The sextet of trumpeter Oscar Valdambrini and tenorist Gianni Basso was easily one of the greatest things going in jazz on that side of the Atlantic in the early 60s – a fresh, modern group who could still play with plenty of soul – avoiding some of the cool jazz traps of other European combos, and really hitting hard with solo work that matched the best American work of the time. The sound here is really incredible – tunes that bristle with electricity from the very first note, played with a cohesiveness that makes the record far more than just a happy accident in the studio! Titles include the originals "Coltrane Style" and "Monotonia", plus versions of Jackie McLean's "Dr Jackle", Junior Mance's "Jubilation", and Benny Golson's "Are You Real".  © 1996-2021, Dusty Groove, Inc.