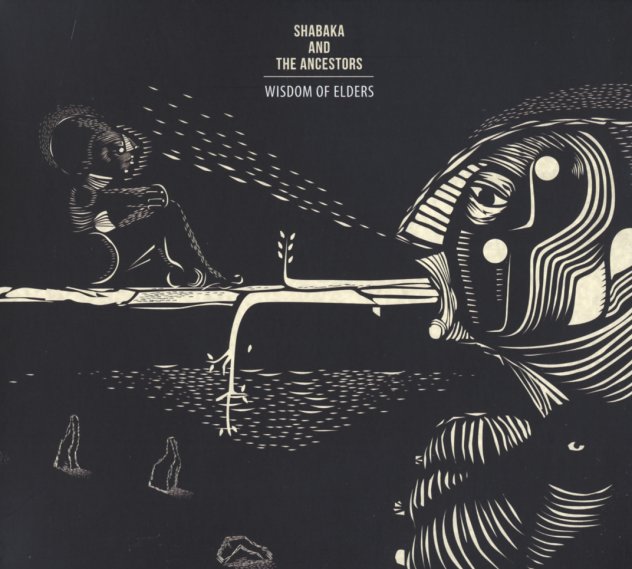 A fantastic jazz group from the contemporary South African scene – one who've got a very righteous vibe, and a sound that's maybe even more far-reaching than any jazz we've heard from that scene back in the 60s or 70s! The group's led by Shabaka Hutchings on tenor, but is a very collaborative ensemble – with these tremendous upfront vocals from Siyabonga Mthembu, a singer with a very unique approach, and a spiritual current that we'd rank right up there with work by Leon Thomas, Dwight Trible, or Joe Lee Wilson, even though Mthembu's very much his own man. The group's also got two other great horn players – Mthunzi Mvubu on alto and Mandla Mlangeni on trumpet – plus Fender Rhodes and piano from Nduduzo Makhathini, and a wonderfully early array of bass, percussion, and drums – which lay down a fantastic groundwork for each tune. The music starts somewhere in the spiritual territory of the post-Coltrane scene – but really takes off immediately with its own individual spirit – ala Kamasai Washington – and the performance is live and unadorned, without some of the studio efforts that show up on other Brownswood label releases. Beautiful work throughout – an instant classic that we'd rank right up there with the best material by folks like Nat Birchall or Matthew Hallsall, but very different too. Titles include "Nguni", "Mzwandile", "Joyous", "The Sea", "The Observer", and "Give Thanks".  © 1996-2022, Dusty Groove, Inc.
(Digipack case has some light edgewear.)

There Is A Place
Brownswood (UK), 2018. Used
CD...$9.99
A record with a soaring spirit from the contemporary London scene – a fantastic full-length statement from Maisha, a group we'd heard about over the years – but are only now getting a chance to enjoy! The group's led by drummer Jake Long, but features this really tremendous work on ... CD

Life Force Jazz & Blues Compilation
Life Force Jazz, Late 70s/1980s/1990s. Used
CD...$8.99
A treasure trove of obscure soul jazz recordings from the west coast scene – pulled from 25 years' worth of music on the Life Force Jazz label, in a style that gives a splendid representation of the rich talents that are still waiting for a fuller level of exposure in the Bay Area! A few of ... CD

Gerry Mulligan Quartet – At Storyville (Japanese pressing)
Pacific Jazz (Japan), 1956. Used
CD...$14.99
Gerry Mulligan brings the piano back in nicely here – but in a way that still hangs onto all the best modern tones of his earlier Pacific Jazz sessions! The date's a live one – done at Storyville in Boston – but the sound is wonderfully intimate, with Gerry on baritone sax and ... CD