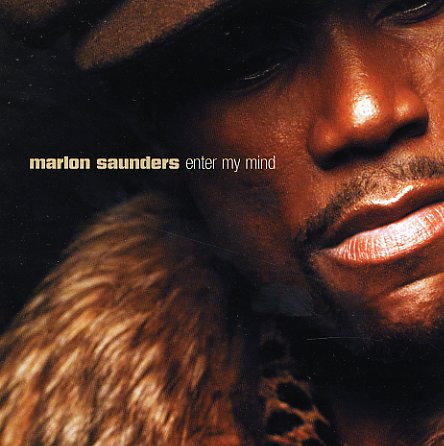 A stunning debut from singer Marlon Saunders – a fantastic male vocalist who's gonna be huge! Marlon's got a smooth and seductive vocal approach that really takes us back to mellow 70s Isley Brothers, later ballad tracks from the O'Jays, and even a bit of the best work from Marvin Gaye – classic-styled vocals that have a universal soul appeal, sung with a confidence and depth of expression that's rare for male singers in the current age! Marlon's known for his earlier work with the group Jazzhole, but on this set, he moves way ahead of that group – emerging as a bright new soul star to rival the work of D'Angelo or Maxwell! Titles include "Inspiration", "You Move Me", "Enter My Mind", "Keep Doin What Ya Do", "Stone Out Of Hope", and "If It's Magic".  © 1996-2021, Dusty Groove, Inc.