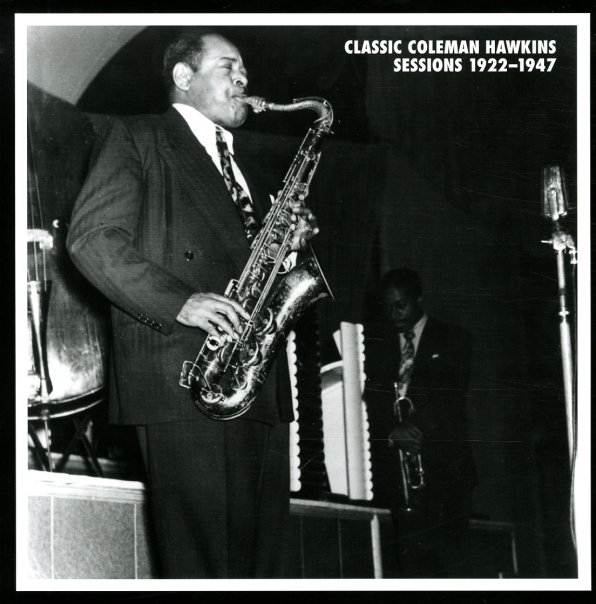 An amazing set throughout – not just for the musical growth of Coleman Hawkins, but also for the development of the tenor sax in jazz, too! These sides could very well be said to be THE seminal recordings for tenor – the records that helped transform the instrument from a bit of a trick noisemaker into one of the most dominant voices in jazz during the 20th century – the beginning of a rich legacy that went onto encompass Lester Young, Stan Getz, John Coltrane, and so many others! The package captures Coleman Hawkins right at the start of his career – with vital early 78rpm recordings that move from trad to swing to some of the modern combo sounds that Hawkins would blow in the postwar years. And the range of settings is amazing, too – not a loose collection or mish-mash of material, but a really thoughtful progression that has Hawkins working with Mamie Smith, Fletcher Henderson, Clarence Williams, The Chocolate Dandies, and McKinney's Cotton Pickers in the early years – then moving up to work as a leader on his own – as well as material with Lionel Hampton, Benny Goodman, Benny Carter, and Count Basie. Most of the later material is for small labels – like Baronet, Cont, Meritt, Neatwork, and others – and the early sides are for Okeh, Columbia, Vocalion, Brunswick, and other smaller imprints. Features 190 tracks in all, and very copious notes, too – an amazing package from Mosaic!  © 1996-2022, Dusty Groove, Inc.
(Out of print. Box and book are in nice shape.)

Desafinado
Impulse, 1964. Used
CD...$4.99 8.99
The Hawk, in prime late form, lays down some beautiful tenor solos over gentle bossa nova accompaniment – working in a mode that's much more satisfying than just a "classic player meets bossa" session, angularly crafting the solos with that dark edge that he had in all of his later ... CD

Complete Recordings Of The Stan Getz Quintet With Jimmy Raney (DISC 3)
Verve/Mosaic, Early 50s. Used
CD...$6.99
One of the first real moments of genius from the young Stan Getz – his collaboration with guitarist Jimmy Raney, whose sharp tone matched the rasp of Stan's tenor beautifully! The material's got a lot more edge than Stan's work with guitarist Johnny Smith – and this set features ... CD