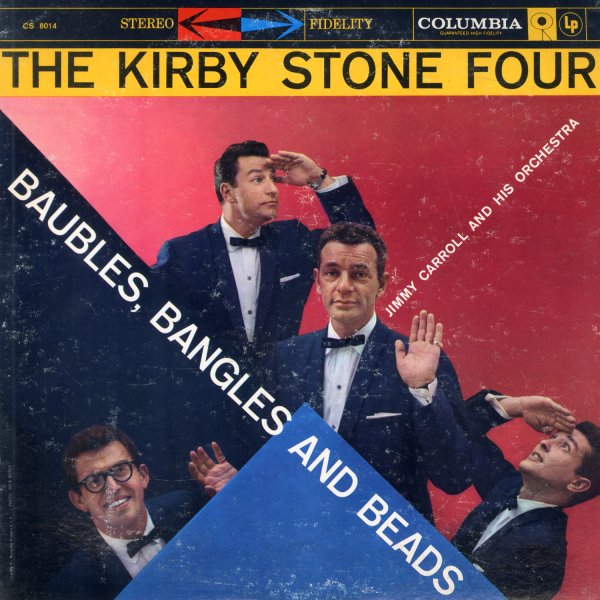 The Kirby Stone Four were not always as right-on as other vocal quartets of their time, like the Four Freshmen or Hi-Lo's – but this album is one of their best, and features the group grooving in a tight harmony sound, with little of the "comedy" that sometimes mars other albums. Includes their classic hit recording of "Baubles Bangles & Beads", which is a mighty groover, plus jazzy vocal readings of standards like "Rain", "Lullaby Of Birdland", "Swingin Down The Lane", and "Bidin My Time". Also includes a great reading of "Fugue For Tinhorns" (from Guys & Dolls)! Very jazzy, groovy, and wow wow wow!  © 1996-2021, Dusty Groove, Inc.