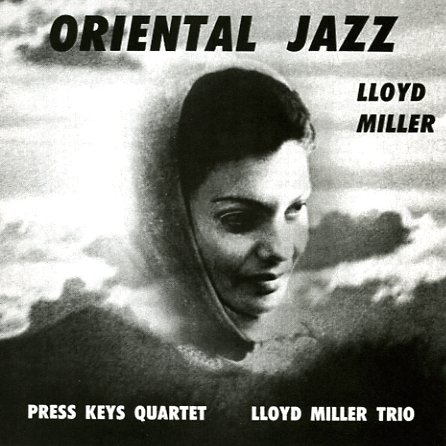 Possibly the greatest album ever from the enigmatic Lloyd Miller – his legendary Oriental Jazz album from the late 60s, and a really wonderful blend of musical modes! Some of the tracks here really stretch out in the Eastern promise of the title – mixing jazz rhythms with santur, oud, zarb, and other unusual instrumentation – all in ways that are modal one minute, meditative the next, and which even echo gamelan styles on one tune! Other tracks are a bit straighter in the instrumentation, but still sparkle with a globe's worth of influence – Lloyd on piano, carving out sounds in a very unusual way! Some tracks are by Miller's trio, other by a quartet that features him, but which is led by pianist/trombonist Press Keys. Titles include "Hue Wail", "Pentalogic", "Tanya", "Natanie", "Guzel Gozler", "Prelude In The Iranian Mode Shur", "Impression Of Bhairava Raga", and "Njonja Mirah & Yona". Some of these tracks have appeared on Millers Oriental Jazz CD compilation – but others haven't – and this is his reissue of the full original album!  © 1996-2021, Dusty Groove, Inc.