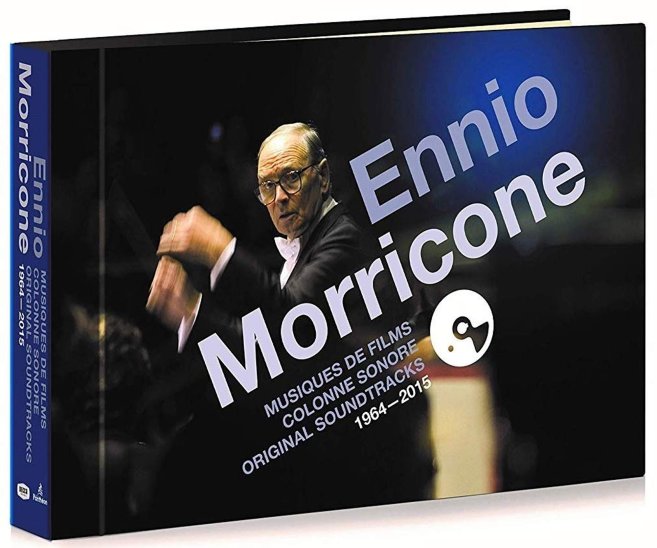 18CD
Temporarily Out Of Stock

An amazing collection of music from one of the greatest soundtrack composers of all time – presented in a hefty book-styled package, and done with a very unique presentation of his work! The package is huge – a hardcover volume with 18 CDs and a 48 page book, all presenting a total of 400 tracks that really span the scope of the music of Ennio Morricone over the decade – presented on CDs that each have a different theme, to showcase a different side of the maestro's many creations! The first five CDs focus on Morricone's music for director Sergio Leone, and other CDs present work for directors Henri Verneuil, Roland Joffe, Quentin Tarantino, and Giuseppe Tornatore – plus a full set of music used in films that starred Jean-Paul Belmondo. There's also thematic CDs, too – "Genre Cinema", "Committed Cinema", "Mafia Thrillers", "History Of Italy", and "Faces Of Italian Cinema" – and the final CD features songs penned by Morricone, interpreted by a host of others – including Charles Aznavour, Chico Buarque, Traffic Quintet, Gerard Depardieu, Sting, and many more. A beautiful tribute to Morricone's 50 years of film music – with some unreleased music, rarities, photos, and more!  © 1996-2021, Dusty Groove, Inc.