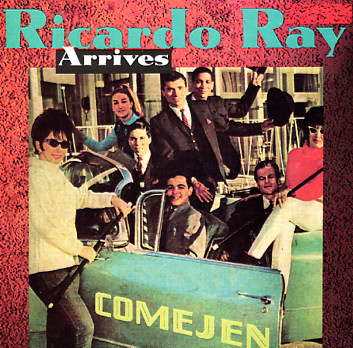 Some of Ricardo Ray's earliest work – recorded in New York in the mid 60s, after Ray had "arrived" from the Puerto Rico scene! The set's actually got a groove that points the way towards the famous Ray sound of years to come – a style that has traces of older mambo modes, but which also extends out in a bold, proud, pre-salsa style with plenty of great lead vocals from Bobby Cruz. There's some great descarga elements in the mix too – tight rhythms with loads of jazzy instrumentation that really makes the record cook. Highlights include the jazzy "El Mulatu", the slamming descarga "Viva Richie Ray", the "monkey twist" "Brother Ray", and the shing-a-ling number "Mambo Jazz"!  © 1996-2021, Dusty Groove, Inc.
(Out of print.)