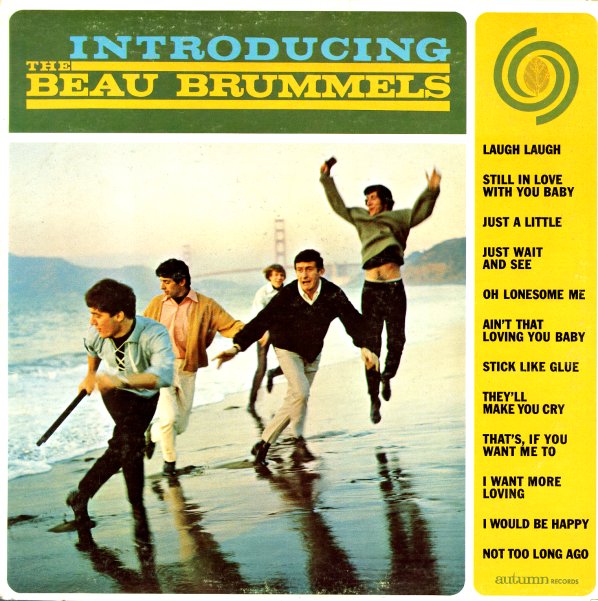 The first full album from The Beau Brummels – an early Autumn Records effort before their headier days at Warner – cut with a style that could well make the group a key force to stop the British Invasion of the 60s! There's a great sense of jangle-pop throughout – a slight twang that would later unfold in different ways in Bradley's Barn, but which here works to give the tunes this little sense of sadness amidst the warmer melodies – which themselves are particularly great, and much better-crafted than some of the other US groups of this nature at the time. The boys definitely borrow a bit from The Beatles (including a name that gave them placement right next to the fab four in the record racks) – but maybe they're also drawing on some of the folk harmony groups from the SF scene they called home, too. Titles include "Laugh Laugh", "Just A Little", "Oh Lonesome Me", "They'll Make You Cry", "Stick Like Glue", "Not Too Long Ago", and "I Want More Loving".  © 1996-2021, Dusty Groove, Inc.